May 21th SUFFOLK – The Vine Church

Reaching a people group who have never heard of Jesus
At the moment we have an absolutely amazing open door we have never had before. By the grace of God, we have found access to a remote people group called the ‘Hadzabe Tribe’ (you can search it) who have never ever heard about the gospel of Jesus Christ. They live totally uncivilised scattered in the bush and wilderness. They don’t wash and they sleep in hollow trees and caves. Their food comes from hunting and the wild. They have agreed for us to share about ‘Jesus’ whom they have never heard of before. There will be many obstacles to overcome before we can efficiently share the gospel. Many people have been killed by them in the past who attempted to get to them. You can only visit the tribe with one or two specific tour guides otherwise you will be killed. The government, police, travel agencies, pastors and others are amazed about this project and requested David to send a documented report, which we as GAM are currently producing. There is literally so much more to say, but more about it in a month’s time.

Uganda crusade – Confrontation with a high-ranked witch
We had a great crusade in Uganda with a lot of hurdles to overcome as usual. We praise God that 124 people came to the Lord over the three days. What was outstanding special is that 23 got saved through our radio preaching leading up to the crusade. I cannot recall ever that happening. These 23 people did attend the crusade afterwards. We had over 1300 people attending. So much happened and we give glory to God. In one meeting 85 people got delivered. Many got healed including a paralysed man who couldn’t walk for 2 years, but can now. On the second day we had a high-ranked witch with her sub-witches confronting us. Just before the crusade started she placed a demonic charm on the ground and did her things. After that literally nobody came even though the crusade had started. Some, where standing at the very back far away. People somehow refused to come even though they were invited to come to the front. Whatever that witch did seemed to work as she kept the people away from the crusade ground. It was evident that it’s a pure spiritual warfare going on. When the team rang David, he prayed through the phone and broke every demonic work in the spiritual realm. David also specifically spoke to the ground in the same manner. The LORD revealed then after the phone call that the battle is won and the witch knows she has lost. And indeed, literally after the phone call people appeared on the crusade ground and we could start (a bit delayed though). We praise God so much, because He manifested Himself very powerfully in the meeting.

Update – Agago Church
We are so encouraged about the work in Agago where we had the crusade just before Christmas and planted a church there for the new-borns. Please continue to pray for pastor Benson whom we have put in office there. He is doing a great job. The church has grown spiritually and in number since.

Extreme drought in East Africa
People are dying for lack of water and food. Many animals are dying too, for the same reason. Very sadly last week a pastor died also. The challenge is huge at the moment. Last summer we started the project of digging a water well which costs just under £12,000.- / CHF 13,000.- (including below-mentioned figures) The good news is we have dug the well successfully and found water for which we praise God so much!! Please pray that we can finish the project by buying and installing the water pump and irrigation system which is still an outstanding amount of £3,200.- / CHF 3,600.- to complete. Once this project is finished, we have achieved a very important milestone as we will be able to produce food.

Crusade Announcement
Please pray for all the preparations and crusade in Tanzania, Karagwe Feb 9th – 12th

Become a Practical Part of the Work
The doors are now wide open to sweep many hundreds of people into the Kingdom of God. We have many requests and bookings all over Tanzania. The government of Tanzania appreciates what we are doing as a ministry and gives us the full backing which is a huge blessing. We also have the willing and reliable staff who are so dedicated to the point of risking their lives. The only thing stopping us from reaching hundreds for Christ is the finances. If the Lord prompts you to give towards this, we would be very grateful.
We have been asked to detail aspects of the work and make it simple and easy to contribute towards the spreading of the gospel.
This can be used for prayers also.

Giving a maize selling business to one widow in Tanzania, which will set her up for the rest of her life

General contribution to the overall ministry of GAM

Your chosen amount
(Allocated to the most pressing need at the time)
Recipient reference: ‘General’ 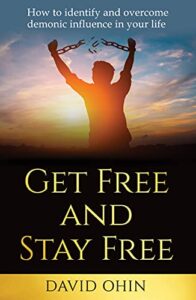 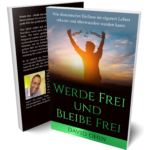 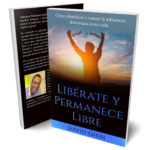 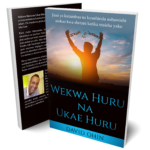