We started off as David & Donna, but it does not remain any longer as our ministry only. The team has grown and will grow even more in the future. We would like to use this newsletter fully to introduce the new team members. The directors and their teams are responsible along with David to organise the crusades as well as the after work which is to take care of the new-borns. They also will oversee the evangelist school which is established during the crusade and will be continued afterwards. 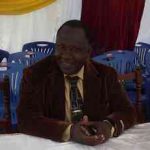 My name is Robert Jackson Ng’araga. I live in Arusha, Tanzania. Before I studied theology I worked in the agriculture. 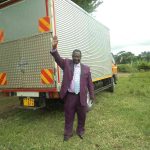 Robert Jackson Ng’araga is the GAM director of the whole of East Africa as well as East Africa. He is a very capable, hard working and trustworthy man who has worked a huge amount of time and effort to set up the GAM work in Tanzania. Robert has a bachelor degree in Biblical Studies. We have been blessed & encouraged getting to know him. 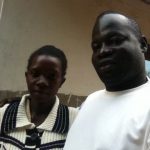 My name is Robert Achwera. I’m a local pastor and have one wife  (Agnes) and two children. We are rejoicing as my wife is just about to give birth. I also have planted a few churches. I direct now Gospel Alive Ministries here in Uganda preparing crusades for the future.

Pastor Robert is now in the process of building a team and translating our Christian Foundational Course and Evangelist School Material (including decision cards) into three local languages ready for the crusades in the future. 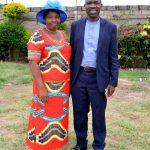 This is my wife Doreen, (and I). I’m a pastor. We started pastoring in 2004 under Pentecostal Holiness Church, trained at world Harvest Theological College, Johannesburg South Africa. My name is Charlton Kakene, now a member of GAM ZAMBIA.

Pastor Charlton is now in the process of translating our Christian Foundational Course and Evangelist School Material (including decision cards) into seven local languages for future crusades in Zambia. Please pray for them as a family, church, and city Lusaka (capital where they live,) as they have had a cholera outbreak since autumn 2017. Many have died. 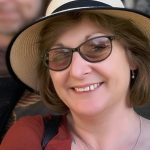 I was born in Essex, UK and have two sons. I qualified as a product design engineer in 2003 and worked as a post person for many years and enjoyed it very much. After that I studied to improve my computer skills and recently worked as a library assistant. I also teach elderly people and people with disabilities how to use computers. I like cats and live with one that has only three legs who has a big personality. I’m interested in photography, cooking and walking. I love to talk to people about Jesus and often assist with open air evangelism.

We are so grateful to have Tracy as we would be totally overwhelmed with work without her help.

Crusade update
For those who don’t know, we had to postpone and relocate our January 2018 crusade to this coming July to a new place called Singida (Tanzania). The spiritual battle is huge for crusades. It’s a much more intense than street evangelism. Please remember us in prayer! Thank you so much!