On one occasion when David and his friend Voy went onto the streets in Peterborough they experienced an amazing guidance by the Holy Spirit. Voy felt very clearly in his spirit to focus on the homeless that morning (David didn’t know that at that stage). Literally just a few minutes after David and Voy met up for going out a man limped by and David approached him. They evangelised and prayed for him. Then someone else joined them whom God instantly healed one of several issues. In the end a third person ‘G’ arrived who was even more open for the gospel. David and Voy only realised then that all of them were homeless people. That third man ‘G’ explained to them how he picked up a Bible literally the day before. 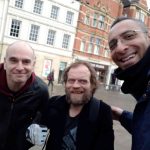 We went to MacDonald’s and explained very detailed and clearly the way of salvation and ‘G’ understood that this is a life commitment. He wanted to get saved but he felt he needed to sort his life out first before he can come to Jesus. So David explained that a sick person doesn’t try to sort his health out before he goes to the doctor. That’s the very reason why he goes to the doctor. ‘G’ understood that and literally gave his life to Jesus at the table in MacDonald in Peterborough. Afterward he said: “I feel filled up inside”. Praise God for that! We have met up with ‘G’ again since and are in touch with him. He does have a lot of issues in his life and so really needs divine intervention. 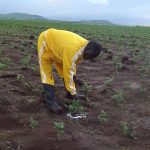 A few months ago we considered going into a fish business at lake Victoria to help financing our next crusade, but because the government has changed the law we couldn’t go ahead. We have now planted Irish 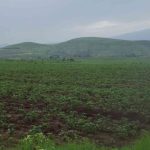 potatoes instead 🙂 on a 3 acres’ field and will be able toharvest them in the middle of June. It is very hard work as things are not as sophisticated as in Europe. But we praise God for that opportunity.

Crusades are always related to a lot of different spiritual and physical battles. We would 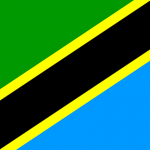 love you to pray for our spiritual and physical protection as well as for a mighty outpouring of God’s SPIRIT during the gospel crusade which will take place in Singida / Tanzania. 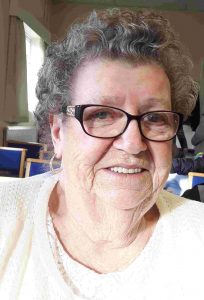 I had been suffering from several problems over 18 months, on September 22nd 2017 I attended an appointment with a consultant at Leicester General Hospital, he advised me I had a growth and needed an operation to remove it which was scheduled for 25th September. I could not keep food down, constantly vomiting and had lost several stones in weight.

On the 24th September I attended Corby Pentecostal Church and was prayed for by David and Donna Ohin from from Gospel Alive Ministries, I felt the Lord had touched me in a very real way and when I went home from Church I ate a meal for the first time in over a year instead of being on a liquid diet, when I attended the hospital the next day I had another MRI scan which showed the growth had disappeared. When I saw the specialist in October he again confirmed there was no growth there and I told him the Lord had healed me.