We had a great crusade in Musoma TANZANIA which is at the lake of Victoria. However, the battle was great too as it was in every single crusade we have had so far. This is where your prayers have been life changing. Here is one incidence about what we believe your prayers have done. In the very first night three armed men with long knives (bush knives) broke into the accommodation where our leader stayed and threatened his life. They gave him three options: “Give all the money you have, or all your equipment or we kill you.” He gave them the cash and reported it to the police the next day, but of course they don’t do anything about it. However, they provided guardians for the rest of the nights which we hugely appreciated! Without prayers our leader could be dead now. Can you see how important praying for protection is? HUGE thank you for standing with us! 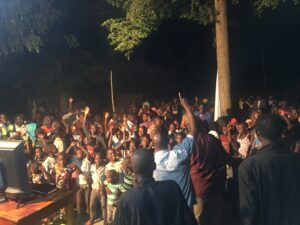 We glorify our Lord Jesus so much for what He has done in this crusade! The harvest was great with 179 responding to the gospel and getting saved and about 18 people got healed. In some meetings we had over 1500 people attending. The meetings were late because the people in Musoma come out at night. There was only light at the front where the children and young people were. The rest sat in the dark on the ground. After David preached online via screen he also prayed for the sick and some got healed. Also, one lady got delivered from a demon who manifested and is now totally free. All her pain in her body disappeared in an instant after her deliverance.

As we couldn’t run our Christian Foundation courses, we gave the material to the pastors who will teach the courses on our behalf and also baptise them.

The following testimonies from the live online crusade meetings came in: 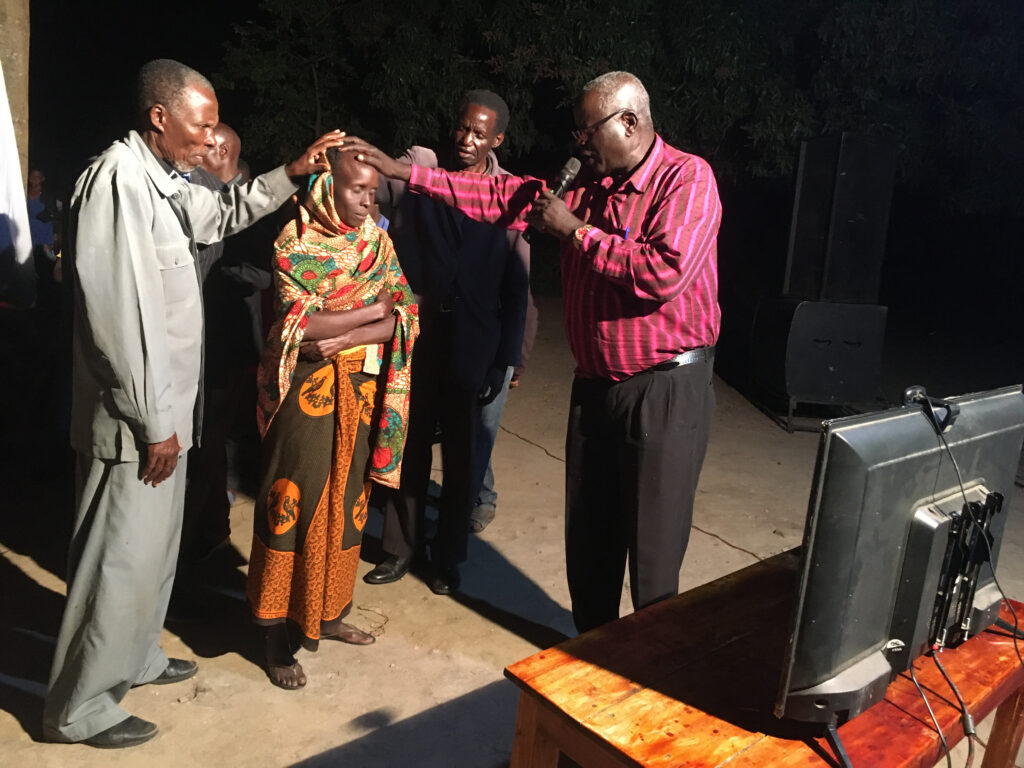 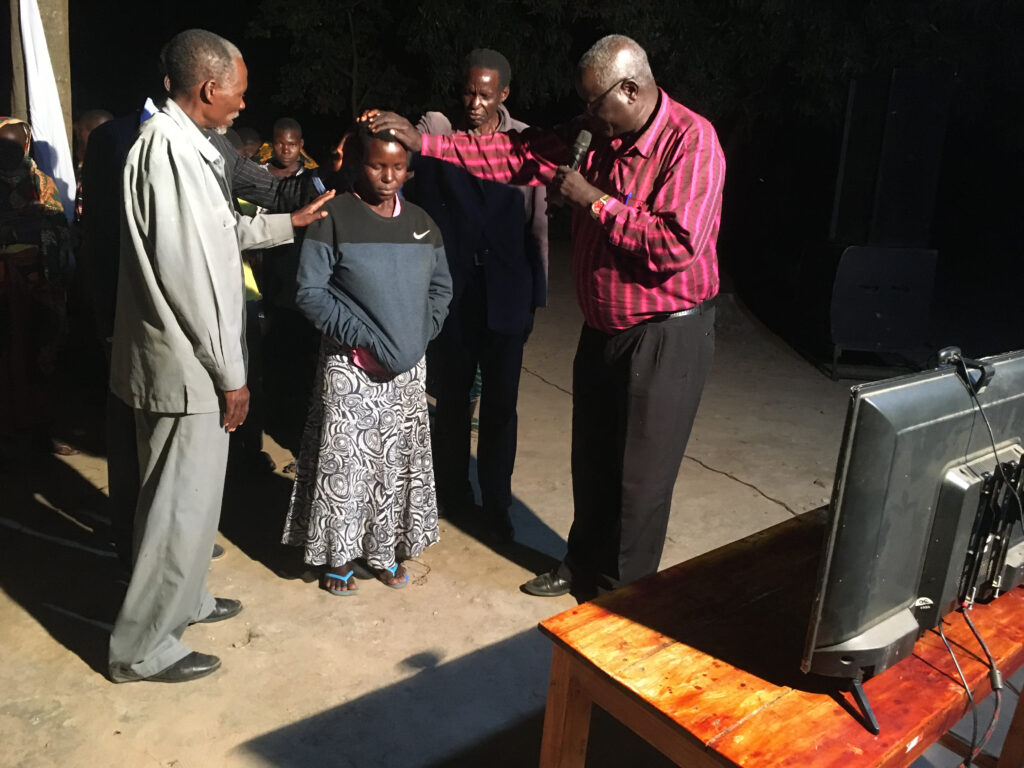 “Hellena Mafwele was sick and attacked by heavy head aches for years. She was free and healed after she received the prayers of David Ohin” 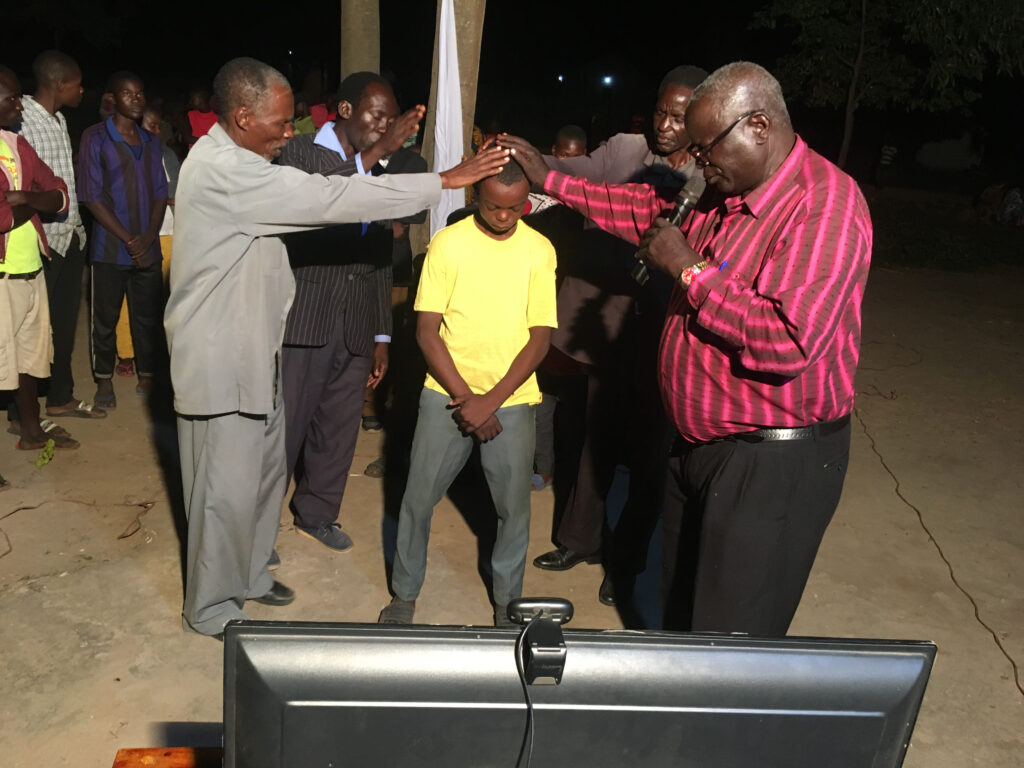 “Elisha Kaitila was in pain. Something was wrong with his spinal cord which caused pain. After the prayer God restored him and the pain left. He is healed.”

We dared to run a crusade in a suburb part of Dodoma (TANZANIA) where the area is mostly Moslem with 200 to 300 people present. On top of this in itself we faced two huge additional challenges. Our PA-system broke down and we had to hire another one and then the rain stopped us from having some meetings. However, the few meetings we did have, were powerful where people got saved and healed. We also had some strong deliverances. The power of God manisfesting before their eyes made a big impact. Nineteen people altogether came to Christ which was a great break-through for the local pastors. 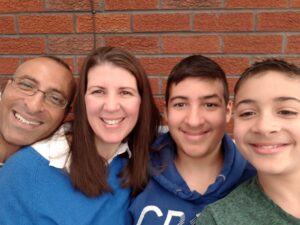